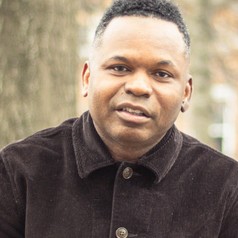 This is how middle and high school teachers have told me they have felt over the past few years when it comes to teaching the troublesome topic of slavery.

Although I work with teachers in Massachusetts, their reaction to teaching about slavery is common among teachers throughout the U.S.

Fortunately, in recent years there have been a growing number of individuals who have weighed in with useful advice.

Some, such as history professors Hasan Kwame Jeffries and Kenneth Greenberg, have advocated for helping students see the ways in which enslaved people fought back against the brutality of slavery. Whether through a focus on the fight to maintain family and culture, resistance at work, running away, physical confrontation or revolt, students get a deeper understanding of slavery when the lessons include the various ways that enslaved people courageously fought against their bondage.

Others, like James W. Loewen, the author of the popular book “Lies My Teacher Told Me,” have argued for a focus on how slavery has deeply influenced our popular culture through movies, television series, historical fiction and music.

There are also those who recommend the use of specific resources and curriculum materials, like the Harriet Jacobs Papers Project, the four-part documentary series “Africans in America” and the Freedom on the Move database, which features thousands of runaway slave advertisements.

Heeding some of these recommendations, in my work with teachers we have sought to come up with lessons that students like Ailany Rivas, a junior at Claremont Academy in Worcester, Mass., say have helped them to become “more informed and educated about the brutal history of slavery and its legacy.” These lessons that I have developed take a variety of approaches but are all rooted in taking a look at the realities of slavery using historical evidence.

Many students have echoed Ailany in feedback that I have collected from nine different classes where I have helped design lessons about slavery.

And the teachers whom I have worked with have all shared informally that they are now confident in taking on the challenge of teaching the complex history of slavery.

Much of this confidence, in my opinion, is due to four things that I believe are mandatory for any teacher who plans to deal with slavery.

Few things shine the light on the harsh realities of slavery like historical documents. I’m talking about things such as plantation records, slave diaries and letters penned by plantation owners and their mistresses.

It also pays to examine wanted advertisements for runaway slaves. These ads provided details about those who managed to escape slavery. In some cases, the ads contain drawings of slaves.

These materials can help teachers guide students to better understand the historical context in which slavery existed. Educators may also wish to look at how people such as historian Cynthia Lynn Lyerly, who wrote a chapter in “Understanding and Teaching American Slavery,” have used historical documents to teach about slavery.

In order to better understand different perspectives on slavery, it pays to examine historical arguments about how slavery developed, expanded and ended.

Students can read texts that were written by abolitionists like Frederick Douglass and pro-slavery advocates like George Fitzhugh.

They should wade through the newspaper advertisements that provided details about those who managed to escape slavery.

Looking at these different arguments will show students that history is filled with disagreement, debate and interpretations based on different goals.

For instance, in examining arguments about slavery, teachers can show students how early 20th-century historians like Ulrich Bonnell Phillips sought to put forth ideas about kind masters and contented slaves, while others from the 1990s, such as John Hope Franklin, co-author of “Runaway Slaves: Rebels on the Plantation,” focused on how Black people resisted slavery.

Seeing these starkly different portrayals of slavery gives students a chance to examine how things such as choice, context, racism and bias might affect the way slavery is seen or viewed.

In my 11 years of teaching history, many students entered my classes with a great deal of misinformation about what life was like for those who lived under slavery. In pre-unit surveys, some stated that the enslaved worked only in the cotton fields and were not treated that badly. We know the historical records tell a different story. While many worked as field hands, there were others who were put into service as blacksmiths, carpenters, gunsmiths, maids and tailors.

To combat misconceptions like this, I advise teachers to use historical sources that feature details about the lived experiences of enslaved people.

For instance, teachers should have students read Harriet Jacobs’ memoir, “Incidents in the Life of a Slave Girl,”alongside diaries written by white plantation owners.

Scrutinize photographs of slave quarters and excerpts from the Born in Slavery: Slave Narratives from the Federal Writers’ Project, which contains more than 2,300 first-person accounts of slavery.

Ask students to examine various historical sources to gain a better understanding of how people lived through their bondage over time.

It is also crucial for teachers to consider the various ways in which slavery is relevant to the present with their students. I advise them to ask questions like: How has the history of slavery influenced the status of Black people in the United States today? Why are there so many movies about slavery?

In Ailany’s class, we ended our unit by providing students with a chance to read and think about the relevance of recent picture books about slavery like Patricia Polacco’s “January’s Sparrow,” Ann Turner and James Ransome’s “My Name Is Truth: The Life of Sojourner Truth” and Frye Gallard, Marti Rosner and Jordana Haggard’s “The Slave Who Went to Congress.”

We asked students to draw on what they had learned about slavery to consider and then share their perspectives about the historical accuracy, classroom appropriateness and relevance of a selected picture book. Students always have much to say about all three.

Teaching slavery has been and will continue to be challenging. To teachers who are asked or required to take on this challenge, the four things discussed above can serve as strong guideposts for creating lessons that should make the challenge easier to navigate.

Raphael Rogers received his Bachelor of Arts degree in History from Clark University, a master's in curriculum and instruction for Northeastern University, and a doctorate in education from the University of Massachusetts at Amherst. He has been a professor at Clark since 2012. Dr. Rogers teaches a variety of courses in Education including Exploring the Power of Youth Knowledge and Activism in the Struggle for Equity Justice in Urban Contexts, Graphic Novels in the Classroom, Multicultural Children’s and Young Adult Literature, Racism and Educational Inequality in the Lives of Youth in Urban Schools, Teaching and Learning, and Ways of Knowing History. He is the author of The Representation of Slavery in Children’s Picture Books: Teaching and Learning About Slavery in K-12 Classrooms (2018) and has book chapters in Partnership and Powerful Teacher Education (2019) and Frontiers in American Children's Literature (2016). Rogers has also collaborated with other Massachusetts educators to create culturally responsive teaching resources for the state’s Department of Education.
All Posts

With your help, we can do even more important stories like this one.
Support the MFP
PrevPreviousFormer Rep. Ashley Henley ‘Murdered’ By Gunshot Outside Trailer Where Sister-In-Law Died, Officials Say
Next3,508 Mississippians At Risk of Losing Homes As COVID Forbearance Program Nears EndNext