From Gay Nazis to ‘We’re Here, We’re Queer’: A Century of Arguing About Gay Pride 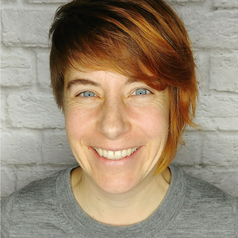 This month, hundreds of thousands of people around the world will join gay pride marches in cities big and small. In many cities, pride marches are controversial. In some—like Moscow—they are even banned. But for many people in North America, parts of Europe, Latin America and elsewhere, attending the local pride march has become an unremarkable ritual of summer.

There are still good reasons to march. Few countries around the world have robust protections for gay and transgender rights. And pride marches, the LGBTQ political rallies that take the form of exuberant, outrageous parades, often meet hostile counter-demonstrators.

But such expressions of pride have faced another sort of opposition: from within the queer and trans communities themselves. One reason is that gay and trans rights doesn’t describe a single, unitary political movement.

I am a historian of queer and trans politics. My research, together with that of James Steakley, Katie Sutton, Robert Beachy and many others, shows that there are several traditions of gay and trans activism. These traditions have not always gotten along. And some of them hate what pride is all about.

A History of Multiple Movements

Gay and trans rights movements are quite old. For more than 100 years, political groups have been fighting on behalf of same-sex desires, gender nonconformity and transition from one gender to the other—although the terms “gay rights” and “trans rights” are relatively recent inventions.

By the late 1800s, a movement that called itself “homosexual emancipation” formed in Germany. It boomed after World War I and flourished in the 1920s under the democracy that existed before the Nazis took over. The movement included people who called themselves “transvestites.” Were they alive today, many would probably use the term transgender.

From the beginning, gay and transgender activists split into a dizzying array of factions. All were in favor of greater legal and social tolerance for same-sex relationships. But beyond that narrow common ground, they were a political hodgepodge.

Some were leftists. One prominent leader of a gay rights group was also an important player in Berlin’s communist party. Others were middle-of-the-road, calling for the end of Germany’s law against sodomy, but otherwise content with the status quo. There were even right-wing, explicitly racist gay rights activists.

As you might imagine, these different camps within the homosexual emancipation movement disagreed on many things.

A Debate About Discretion

One of their big disagreements was about discretion: Was it acceptable for same-sex couples and gender nonconformists to cavort in view of the straight public?

Fifty years before pride marches began, 1920s Berlin had a jumping nightlife of gay male, lesbian and transvestite establishments featuring clubs like the Eldorado—known for its cross-dressing wait staff—and dance palaces like the Magic Flute. There was even a yearly all-women moonlight cruise. The pre-Nazi government’s approach was live and let live.

Not all advocates of gay rights, however, liked this public culture.

One man, a self-professed gay Nazi, wrote that Berlin’s clubs were “insalubrious” places where people surrendered to their animal lusts, and that “the general public inevitably gets the impression that it”—that is, the gay rights movement—“is all about sex.” This man wanted to celebrate homoerotic comradeship, a spiritual love, as he described it, as well as a physical one. However, he wanted to celebrate this manly love with maximum discretion, and certainly not in public. He wrote: “What two men do in the barracks,” by which he meant the barracks of the Nazi Party militia, “is no one’s business.”

Such complaints were not limited to the far right. Moderate activists had their own doubts about the bars and dance halls. One leader of transvestites warned, “When we demand that the public acknowledge us, then we have the duty to dress and conduct ourselves publicly in an inconspicuous manner.” Transvestites were told to avoid gaudy accessories like costume rings or oversized earrings.

To admit that one was homosexual or a transvestite in public in the 1920s was to court serious social and legal consequences. Activists of that era probably could not have imagined that one day people would march in large groups down public streets celebrating their homosexual and transgender selves.

In 1970, activists organized the first pride marches to mark the one-year anniversary of the Stonewall riots. Those riots occurred the summer before when people fought back against a police raid of a queer bar called the Stonewall Inn in New York’s Greenwich Village.

Pride exploded the old worries about discretion when it arrived in cities around the world in the 1970s.

Pride reveled in gaudy accessories. It had lots of scanty dress, too, from drag queens in slinky gowns to shirtless dykes with political slogans scrawled in marker across their chests. By bringing the party—along with the politics—into the streets in broad daylight, pride fought against homophobia. Simultaneously, it flatly rejected the old fears about overt public displays.

“We’re here, we’re queer, get used to it,” a favorite chant at pride, was not only directed at mainstream, straight society. It was also, in my opinion, an answer-back to the debate about discretion that had marked the long history of gay and trans activism.

By the 1990s, pride marches had run into more controversy within activist circles. They were criticized as too commercial, too male-dominated, too devoid of a broader left-of-center political agenda and insufficiently inclusive of people of color—or indeed downright racist and Islamophobic. Alternative demonstrations cropped up, like Berlin’s Alternative Pride and New York City’s Dyke March. Debates about pride continue to this day.

Pride is in part what people make of it. A pride march can have a social justice agenda. Or it can have a pro-Trump agenda.

Yet, pride’s history is a story of a radical break with right-wing and even middle-of-the-road gay and trans politics. Pride rejected respectability and discretion.

Traces of that history probably survive in your local pride march. Look for the people who are not worried about alarming the straights.

Laurie Marhoefer is an associate professor of History at the University of Washington. She's also a historian of sexuality and politics in Europe and the U.S. in the twentieth century, with specialities in the history of Weimar and Nazi Germany and the history of the HIV/AIDS epidemic.
All Posts

With your help, we can do even more important stories like this one.
Support the MFP
PrevPrevious‘Democracy Dies Blow By Blow’: Voters Ask Supreme Court For Initiative 65 Rehearing
NextLt. Gov. Appoints Former Publisher Bill Jacobs to State Board of Education, Closing GapsNext