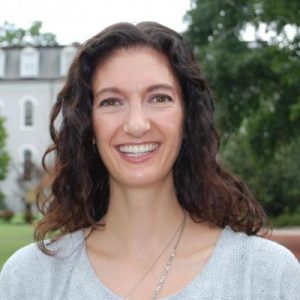 A Black 36-year-old truck driver, Willie McGee, became an important part of Mississippi history just after midnight on May 8, 1951, in the same courtroom where he was condemned to death. As many as 1,000 onlookers gathered at the Jones County Courthouse in Laurel for his electrocution for the alleged rape of white homemaker Willette Hawkins. The event was broadcast live on the radio.

The Plain Dealer newspaper painted a picture of the scene: “At 12:05 am, the state executioner, C.W. Watson, threw the switch. At 12:10 am, McGee was dead, and his body immediately taken away by two Negro stretch-bearers. On the outside a throng of white men who had gathered cheered as the corpse of the victim was rushed by.”

May 8, 2021, was the 70th anniversary of the electrocution of Willie McGee in Mississippi’s traveling electric chair, a grim milestone in the history of civil rights in Mississippi. All these years later, McGee’s family continues to mourn his life and confront the impact of the tragic and undoubtedly unjust circumstances surrounding his death.

At the time of McGee’s electrocution, news outlets across the United States, Europe and Asia covered what was dubbed a “legal lynching.”

An Icon of Southern Injustice

In life and in death, Willie McGee assumed a newfound function as an icon of southern injustice. News outlets from local Mississippi papers to national and international outfits covered his case with fervor. Gov. Fielding Wright’s office was met with a deluge of letters and telegrams begging for clemency for McGee. The day prior to his electrocution, Wright reportedly received as many as “800 telegrams and tens of thousands of messages.”

Beyond Mississippi’s borders, protesters chained themselves to the columns of the Lincoln Memorial in the hopes of halting McGee’s execution. Ordinary citizens and major public figures commented on the case. William Faulkner, Albert Einstein, Josephine Baker, Jessica Mitford, Norman Mailer, Richard Wright and Frida Kahlo all weighed in on McGee’s plight.

Lorraine Hansberry, the playwright, wrote a poem about McGee, and Tennessee Williams referred to McGee’s case in his play “Orpheus Descending.”

‘Outside Influence’ in Jones County

For all the attention Willie McGee attracted, his most ardent support came from an unlikely corner: the communist-affiliated Civil Rights Congress. Founded in 1946, the CRC was composed of former far-left civil rights organizations including the International Labor Defense and the National Negro Congress.

Given their commitment to exposing heinous but not uncommon cases of Jim Crow injustice, the CRC considered McGee’s case as prime organizing fodder for spreading its message of Black freedom and human rights. The bulk of Laurel’s white citizenry argued that the far-left intervention into McGee’s case amounted to politically motivated “outside influence”; critics charged the CRC with using Willie McGee in order to peddle their communist politics and ultimately embarrass the United States on the world stage.

On the other hand, the CRC and its supporters considered their work not just legitimate but necessary in the post-World War II landscape: By laying bare before a global audience the glaring inconsistencies between one United States that freed Europe from Nazi rule and another United States that continued to lynch its own, they sought to extend civil rights to the disenfranchised McGee and all citizens oppressed by issues of race, gender and class.

‘A Ghost Story, A Malleable Myth’

In many ways the case of Willie McGee is shrouded in mystery. Alex Heard, whose 2010 book “The Eyes of Willie McGee” recounted the case in detail, remarked: “Somewhere along the line, it stopped being only about verifiable facts. It had become a ghost story, a malleable myth whose realities, lessons, and undercurrents varied tremendously, depending on the perspective of the teller.”

While we may never know the “truth” of what “really happened,” some lessons and impacts are quite clear.

I first learned about Willie McGee’s story from a broadcast on National Public Radio, in which his granddaughter, Bridgette McGee-Robinson, narrated her Mississippi travels. More recently, I’ve had the opportunity to speak with Bridgette about her grandfather’s case and her role as the “family historian.”

One thing that became painfully clear to me during our conversations was that the imprisonment and eventual execution of her grandfather was just the beginning of the McGee family’s hardships. The 1951 electrocution set in motion a series of tragic events.

During his trials, Willie McGee’s wife, Eliza Jane Patton and their four children Willie Earl, Della, Gracie Lee and Mary initially moved to Mount Olive, in Covington County, to escape the brouhaha in Laurel. From there, the McGee family migrated west—to Las Vegas, Nev.,, an arguably easier place to be Black in the world in the late 1940s. In Las Vegas more violence befell the family.

In 1958, Gracie Lee Curtis, just 22 years of age, died from a gunshot wound after attempting to break up a fight. Five years later, Eliza Jane Patton—who remarried in 1959—was callously murdered by her second husband when he drove a steak knife through her heart during a domestic dispute.

It is unthinkable for one family to endure such immeasurable loss. It is hard not to speculate about the fate of the McGee family. Had the forces of white supremacy not intersected with Willie McGee so spectacularly, perhaps there would be a different story to tell.

‘The Upending of Black Families’

While these events are clearly specific to the McGee family, the upending of Black families by the structures of white supremacy is not. In the case of McGee, an unjust legal system motivated to protect white womanhood cost him his life.

Today, we continue to witness this dual reality: violence visited upon Black and Brown bodies terrorizes not just individuals but entire families and communities. The incipient fatherhood of Daunte Wright is but one example. It is no wonder that the history of civil rights is bound up in the advocacy of their family members. Black women have long found themselves in this not-so sought-after role.

When Willie McGee was jailed, it was his mother Bessie McGee who first reached out to the Civil Rights Congress desperate to help her son. Then, Willie McGee’s fictional wife Rosalee McGee (the real Eliza Jane Patton was long gone to Las Vegas) took up the torch.

When arguments for McGee’s innocence reached a national and international fever pitch in 1950 and 1951, Rosalee spoke across the United States to win him clemency and sound a warning call to disenfranchised Americans everywhere. With the financial aid of the CRC’s Prisoner Relief Fund, she worked publicly and vociferously to indict a judicial system that protected southern white womanhood by legally lynching black men convicted of rape. Lottie Gordon, the Secretary of the CRC’s Prisoner Relief Committee, explained in a letter to Willie McGee that through “your wife … we can arouse the kind of sympathy and help that you deserve.”

In 1955, Mamie Till, mother of Emmett Till, assumed a critical role in advocating for her son at the trial of his perpetrators and in public spaces beyond the specifics of his case. Till insisted her brutally slain son’s funeral in the Mississippi Delta be open casket, effectively forcing Americans to not “look away” once more.

More recent incidents of police violence have produced newfound activists such as Gwen Carr and Erica Garner, respectively the mother and daughter of Eric Garner, whom a police officer killed with a chokehold in New York City. While the legal system in conjunction with the endemic racism that helped extinguish Willie McGee’s life has proved an effectual mechanism for racial justice (as in the case of George Floyd), other institutions in America continue to tear families apart. That includes policing and the criminal-justice system.

Perhaps what is most haunting about Willie McGee’s case is the ordinariness of it all. Willie McGee was no one special; he was a husband, father, son, and citizen. He was imperfect to be sure; the bulk of the research I’ve consumed suggests he was a philanderer.

But, Willie McGee was a person with inherent humanity—and must Black exceptionalism be required to save a life? His story—much like the names we encounter today—is one of ordinary humanity, names not of public record until their lives were cut short and too soon on the basis of unequal structures. We must remember Willie McGee’s name and the tragedies left in the aftermath of his electrocution. We must remember that to forget is to repeat history today. Families depend on it.

With your help, we can do even more important stories like this one.
Support the MFP
PrevPrevious‘Breaking Point’: Restaurant Workers Push Back Amid Unemployment Benefit Crackdown
NextAfter Vowing Support For Fallen Officers, Hyde-Smith and Wicker Block Jan. 6 InvestigationNext