The U.S. Supreme Court announced this morning that it will hear a Mississippi case challenging Roe v. Wade in defense of the state’s 15-week abortion, “The Gestational Age Act.”

Anti-abortion activists and leaders hope that the case will result in a reversal of Roe, the landmark 1973 precedent that ended blanket abortion bans in states nationwide.

The case, Dobbs v. Jackson Women’s Health Organization, will be the first major challenge to abortion rights since ex-President Trump replaced Justices Anthony Kennedy and Ruth Bader Ginsburg, who each voted to uphold Roe v. Wade in the past, with the more conservative Justices Brett Kavanaugh and Amy Coney Barrett.

‘An Alarming and Disturbing Day’

Gov. Tate Reeves, who led the Mississippi Senate when it passed the 15-week ban, celebrated the news this morning.

“The sanctity of life. The future of our children. Mississippi is at the forefront of protecting both. And that is what is at stake in the case we have been praying the U.S. Supreme Court would decide to hear,” the Republican governor tweeted. “Thanks to millions of voters in 2016, President Donald Trump appointed three new Supreme Court Justices.”

Earlier this month, Reeves and other state leaders appeared at “National Day of Prayer” event held by an evangelical organization that espouses Christian dominionist views. The event included a speaker who prayed for God to put an end to abortion.

Julie Burkhart, the founder and CEO of Trust Women, said in a statement this morning that the Supreme Court’s decision to take the case is a threat to women’s rights.

“Today’s decision by the Supreme Court to hear a direct challenge to Roe is an alarming and disturbing day for reproductive rights and justice in the United States. … Today is the loudest wake up call yet. People in America are under attack and personal health decision-making about their own bodies stands on the precipice of being lost.”

‘Testing the Limits of Roe’

U.S. District Court Judge Carlton W. Reeves, an Obama appointee to the U.S. District Court for the Southern District of Mississippi in Jackson, blocked the 15-week ban from taking effect in 2018, saying the Mississippi Legislature passed “a law it knew was unconstitutional” under the Roe v. Wade precedent. But he acknowledged that backers of the law may have felt emboldened by Kavanaugh’s confirmation weeks prior to the ruling.

“With the recent changes in the membership of the Supreme Court, it may be that the state believes divine providence covered the Capitol when it passed this legislation,” Reeves wrote. “Time will tell. If overturning Roe is the state’s desired result, the state will have to seek that relief from a higher court. For now, the United States Supreme Court has spoken.”

The state appealed Judge Reeves’ ruling to the 5th U.S. Circuit Court of Appeals in New Orleans, which also found the law unconstitutional.

But in court filings last year, Mississippi Attorney General Lynn Fitch asked the nation’s high court to revisit and overturn one of Roe v. Wade’s key holdings: that “a State may not prohibit any woman from making the ultimate decision to terminate her pregnancy before (fetal) viability.”

The lower courts ruled that the Mississippi law banning abortions at 15 weeks, known as “The Gestational Age Act,” was unconstitional for that reason; medical science says fetuses generally become viable outside the womb at around 24 weeks.

“This Court should grant the petition, hold that it is illogical to impose a ‘rigid line allowing state regulation after viability but prohibiting it before viability’” and “uphold the Gestational Age Act,” Attorney General Lynn Fitch wrote in a filing with the U.S. Supreme Court last summer.

The current case, Fitch wrote in a Supreme Court filing, is “an ideal vehicle to promptly resolve” questions about Roe v. Wade and the Supreme Court’s position on abortion rights. Today, she reiterated her commitment to defending the law.

This afternoon, the ACLU of Mississippi statement released a statement with its executive director, Jarvis Dortch, warning that “if Mississippi politicians succeed at the Supreme Court, it will trigger an outright abortion ban in our state.”

“Lawmakers that supported this ban should be up-front and honest about their goal. The 15-week and 6-week abortion bans were political vehicles to get the Supreme Court to completely take away a person’s right to make decisions about their own body,” Dortch said. “It’s disingenuous to claim that lawmakers were considering the health and well-being of patients when they considered these laws.

“Legislators held zero public hearings and heard from zero healthcare experts about these bans, because restricting a person’s healthcare and rights was a political decision. The Mississippi Legislature and Gov. Reeves continue to believe they can make personal decisions on the behalf of all Mississippians.”

‘The Most Central Principle of Roe v. Wade’

In court documents, Fitch claimed that “states have substantial interests of their own beginning ‘from the outset of the pregnancy.’” The Mississippi attorney general also argued that “Roe’s viability line is arbitrary” because scientific advances could change the point at which a fetus becomes “viable.”

Mississippi law already bans abortions after 20 weeks, which is still pre-viability, and the only abortion clinic in the state does not perform abortions after 16 weeks.

But attorneys for the Jackson Women’s Health Organization, the state’s only abortion clinic, pointed out in a subsequent brief that Fitch’s request that the Supreme Court ditch the viability rule would undermine the core of the 1973 ruling as well as the 1992 Casey decision.

“For decades, this Court has described a ‘woman’s right to terminate her pregnancy before viability’ as ‘the most central principle of Roe v. Wade,’” wrote the attorneys backing the Mississippi abortion clinic, which includes members of Paul, Weiss, Rifkind, Wharton & Garrison, LLP in New York City; the Center for Reproductive Rights in New York City; and the Mississippi Center for Justice in Jackson.

The Jackson Women’s Health Organization first sued the state to block the law in 2018—the same year a Republican-led Legislature passed it. The clinic has since sued to halt a 2019 law that bans abortions once a fetal heartbeat becomes detectable, which happens at about six weeks. Federal courts have also blocked that law, though Mississippi could appeal it to the Supreme Court, too.

The attorneys for the clinic pointed out that a 15-week ban “subjects abortion providers to severe penalties, including license suspension or revocation” that Fitch or a future attorney general could enforce on behalf of the Mississippi State Department of Health or State Board of Medical Licensure.

“How is it that Mississippi law recognizes that an unborn baby can be a victim of a crime, and can have property rights, and yet the label of personhood at fifteen weeks gestation is denied them?” the dioceses argued.

The brief reflects the language of “The Personhood Amendment,” a 2011 ballot initiative in Mississippi that would have defined the word “person” to mean “every human being from the moment of fertilization, cloning, or the equivalent thereof.” A majority of Mississippi voters—58%—rejected it, though.

The 2011 initiative was so broad that a number of supporters and opponents of abortion rights agreed that it could have led to bans on abortion in all cases, including rape, incest and cases in which continuing a pregnancy endangered a woman’s life. They also worried that it would lead to bans on in-vitro fertilization and some forms of birth control including the pill.

The newest Supreme Court justice, Barrett, is a conservative Catholic with a history of endorsing anti-abortion causes, including the langauge of “personhood.” She replaced abortion-rights supporter Justice Ginsburg, who died in September.

During her confirmation hearings last year, Barrett refused to say whether she believed the 1965 Supreme Court case Griswold v. Connecticut, which struck down state laws banning contraception, was rightly decided. She did say she did not believe legal contraception was “in danger of going anywhere” because it is “unthinkable any legislature would pass such a law.” Barrett also refused to say whether she believed Roe v. Wade was rightly decided, either.

But on Oct. 1, 2020, The Guardian reported that Barrett and her husband, Jesse Barrett, once signed their names to an ad in the South Bend Tribune with the St. Joseph County Right to Life organization—a group that opposes not only abortion, but also in-vitro fertilization.

“We, the following citizens of Michiana, opposed abortion on demand and defend the right to life from fertilization to natural death. Please continue to pray to end abortion,” reads the 2006 ad, evoking language similar to that used in Mississippi’s 2011 Personhood initiative.

Barrett also hinted during a 2013 speech at Notre Dame University, where she was a faculty member at the time, that she may be open to “state’s rights” arguments about abortion laws.

In January 2013, The Irish Rover, another campus publication, reported that Barrett said during her speech that month that “whether or not Roe gets overturned is irrelevant,” because the issue would then return to the states.

The Supreme Court will hear the case on Mississippi’s 15-week abortion ban this fall after its next term begins in October. A ruling would likely come sometime in 2022 in the midst of next year’s congressional midterm elections. 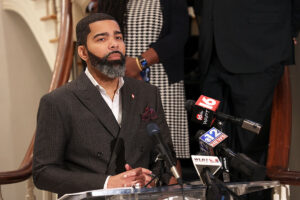 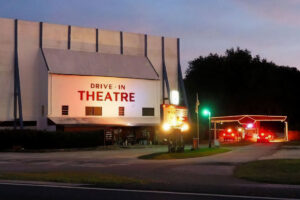 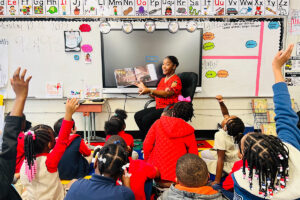 With your help, we can do even more important stories like this one.
Support the MFP
PrevPreviousStudents Relive Black History: Emancipation Day and Historical Heroes in Lowndes County
NextSee the Professor Over the Predator: Black Male Teachers Belong in the ClassroomNext