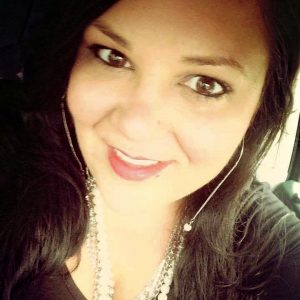 Shira Stallworth is the self-proclaimed Oprah Winfrey of Moss Point.

“The Lavish Queen,” as the Moss Point personality is known from her popular local WGUD television show on the Gulf Coast, is one of eight candidates vying for the City of Moss Point’s top seat in the Democratic primary today, vacated by Mayor Mario King who resigned from office after he and his wife pleaded guilty to federal fraud charges in February.

“I think we are making a lot of noise,” Stallworth told the Mississippi Free Press in a break from campaigning over the weekend. “I possess a unique set of leadership skills that I can use to advance Moss Point’s city to an innovative level of productivity.

If elected, Stallworth says, she has big plans to help move Moss Point forward. Those ideas are outlined in her campaign literature as two words rolled out in acronyms; simple and prayer. The S.I.M.P.L.E plan stands for social and economic development and safety, improving the quality of life, manpower, partnering with workforce development, leading by example, and education and economic growth.

Stallworth, an ordained minister, is also focusing on her P.R.A.Y.E.R agenda, which is an acronym for prayer, responsibility, accountability, yield, empower and restore.

For years, Stallworth says, she has listened to the wants and needs of those who call Moss Point home.

“I’ve always been a great listener,” Stallworth said. “I’ve learned that listening to the people and what they expect or need is a big part of moving Moss Point forward.”

Stallworth has been vocal and even critical of her opponents who, she says, are not being original and are using her campaign strategies for their personal agenda.  “I don’t want the voters to get confused with the person who really has a heart for this community,” Stallworth said. “They (the public) see other candidates who are taking our slogan and ideas and doing what they want to do with them. They are not being real.”

If voters give her the nod, Stallworth says, transparency and integrity will be at the forefront of her administration—especially needed since King, elected in 2017, resigned just weeks ago as part of a federal plea deal.

“I want to rebuild trust and confidence with the public, city officials and other community leaders,” Stallworth said. “I want to be a part of the solution in decreasing our city’s problems and mismanagement of funds. I want to re-establish our citizens’ trust in our city government.”

A Mixture of Enforcement and Crime Prevention

It’s no secret that Moss Point has seen its share of crime, including gang-related acts of violence. At one point, the River City was labeled as one of the top 10 list of the most dangerous cities in Mississippi.

In January, the City of Moss Point put a curfew for minors into effect to help curb the violence after a deadly series of events that allegedly stemmed from multiple robberies and more recently, an attempted home invasion where the homeowner killed the suspect. Those allegedly involved or who were a victim of the crimes were teenagers or in their early 20s.

In response, Stallworth helped organize a community march and raised awareness for the importance of more youth activities to deter violence later. “Our children are our future,” Stallworth said. “We must beautify our city and improve our neighborhoods to create a safer place and quality of life for our youth.”

If Stallworth is voted into office, she says, she plans to initiate neighborhood-watch programs and enforce more robust policing in high-crime areas. Her vision, she says, includes a rehabilitation program in her city to help felons and other criminal offenders who are unemployed and attempting to rebuild their lives.

“I want to be a voice for everybody,” Stallworth said.

‘A High-Performing City on All Fronts’

Stallworth’s hard work on her campaign won’t stop there if voted into office, she pledged. She also wants to assist in reducing the poverty level and to help rebuild the population by beautifying and redeveloping the city she loves.

“I will open the door to investors and entrepreneurs to partner with our city to create jobs with innovative ideas and technology,” she said.

Repairing the education system within her city’s school district is another important task she plans to tackle.

Earlier this year, the Moss Point School District announced extended school hours for grades K-8. Some students, the district said, fell behind two or more grades amid COVID-19 school closures and virtual learning. Although the pandemic has surely played a role in the children’s academic performance, Stallworth said, the truth is the district has had a long and systemic history of underachievement.

“We can do better!” Stallworth said. “I feel our school district is not maximizing the children’s full potential.”

Stallworth said she wants to bridge the gap between the school district, families and community leaders. “I have a passion for building our city into a high-performing city on all fronts,” Stallworth said.

As part of her campaign journey, Stallworth is going door-to-door and holding community discussions and events. “You never know your community until you get in your community,” she said.

Stallworth, along with members from her and her mother’s ministry, have also been feeding the needy and homeless people. She and her team of supporters have also catered to veterans and senior citizens in the community by helping with online services and other needs.

Although Stallworth recognizes the great challenges she will face by potentially taking a seat that was mired in scandal after scandal during King’s administration, she is prepared for what’s to come if elected, she said.

“My inspiration came from watching and being nurtured by strong, powerful, Christian women, Stallworth said. “Their life left a powerful influence on my life and the person that I have become today.

Even if I’m not elected,” she added, “I know I’m getting set up for something greater than this.”

Those who have worked with her agree.

‘She Brings Real Issues to the Forefront’

Williams and Stallworth connected through mutual friends in the entertainment industry about six years ago in Jackson County.

“She heard I was doing positive community-based projects, working with our youth, and the Stop the Violence campaign. She offered me a spot on her show to speak further about my productive efforts, and our friendship and business relationship grew from there,” he told the Mississippi Free Press.

Williams said he received a lot of positive feedback after his interview on the show, and the two then collaborated with music and partnered with Stop the Violence campaigns and events.

The former football coach in his hometown of Bay St. Louis said Stallworth’s son even visited “The Bay,” and played football with the Bay Saints and mingled with other children on the team.

Williams praised Stallworth’s positive influence on her community and the importance of the essential work she does. “It’s extremely important and refreshing to see real people doing genuine ground level work in their community and elevating from those roots,” he said.

Not only is Williams excited about Stallworth’s campaign, but is overwhelmingly supportive. She has always been proactive and is all about getting things done, he said.

“She is not about popular demand,” Williams said. “She brings real issues to the forefront before solutions are even needed.”

Williams believes Stallworth is a staple in her community and the very definition of what the City of Moss Point needs and deserves. “She is the perfect example for both young men and women and the motivational therapy that’s needed to represent and inspire others not only in Jackson County but all along the Gulf Coast,” he said.

This profile is part of an ongoing series about Black women running for local office in Mississippi. These profiles are not endorsements.

Contributing Gulf Coast reporter Stacey Cato is a long-time and award-winning photographer and journalist based on the Mississippi Gulf Coast whose body of work includes national news features, breaking news stories and investigative work. Stacey is fearless and not afraid of risky situations or controversy and will go the extra mile in order to uncover the truth and to obtain information the public is entitled to by law and deserves. She is well-known for holding officials accountable and exposing corruption among rogue city leaders, including law enforcement. Stacey is most passionate about justice, injustice and equality for all. Email her story tips to [email protected] and follow her on Twitter at @MsSippiQueen.
All Posts
Republish This Story

With your help, we can do even more important stories like this one.
Support the MFP
PrevPrevious‘In It for the Right Reason’: Single Mother of Four Running for Mayor of Shuqualak
NextMississippi Elections Chief Warns Biden May Register ‘Uninformed,’ ‘Woke’ College VotersNext