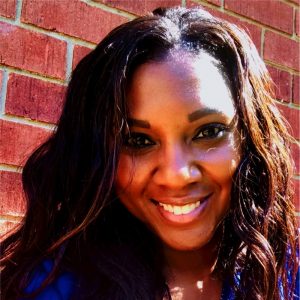 Providing yet another tax break for the state’s wealthiest—particularly during a global health crisis and economic recession—should not be a policy priority of state lawmakers. Nonetheless, state lawmakers are still considering eliminating the state individual income tax.

Last week, HB 1439—a tax bill that included a proposal to eliminate the state individual income tax—died in the Senate. Soon thereafter, House members revived portions of the bill and placed the income-tax elimination in SB 2971, a bond bill otherwise aimed at improving colleges and universities.

State lawmakers’ top priority right now should be all Mississippi residents, particularly those facing hardship. The current health and economic crises have shone a light on the state’s rampant poverty and worsened its income, race and gender inequities. Eliminating the individual income tax would further exacerbate these inequities and harm lower and middle-income earners―individuals who traditionally work for families, people of color, women, retirees and older people.

Mississippi Communities Should Be A Top Priority

Along with the state’s residents, communities across Mississippi should be another top priority as lawmakers consider budget decisions. Individual income taxes generate nearly $1.9 billion in revenue for the state―revenue that helps fund critical programs and services, including the state’s education, healthcare and criminal justice systems. Eliminating this revenue at a time when so many programs and services across the state―including public schools, rural hospitals and re-entry services―are already underfunded fails to ensure that communities have the tools they need to survive the dual crises and thrive in the future.

And then there’s the economy. A recent history lesson of what not to do during and after a recession reveals that cutting taxes, particularly taxes for the wealthy and corporations, extended the Great Recession and weakened state economies. The Center on Budget and Policy Priorities found that, between 2008 and 2019, 18 states cut personal income-tax rates. But overall, the tax cuts proved to provide no economic benefit to those states when compared to neighboring states that did not cut taxes or increased taxes.

This time around, federal lawmakers are seeking to shield states from the long-term harms that potential state tax cuts could cause as recovery efforts from the coronavirus pandemic continue. The American Rescue Plan, the economic recovery aid and relief package recently signed into law by President Biden, provides $195 billion to state governments alone. As a part of the law, Congress included a provision that requires states to repay the federal government dollar for dollar for any net tax cuts occurring starting March 3, 2021, until the state has spent the federal aid. So not only would Mississippi lose the revenue of the income tax itself, but it would also lose the equivalent amount of federal aid—making an already bad deal for the state even worse.

Of course, Mississippi needs bold and creative policies to help provide a more equitable future for all of its residents, to help strengthen its communities and to help grow its economy. But eliminating the state individual income tax will not help us achieve these goals.

Policies that advance the shared priorities of all Mississippians, such as quality schools, affordable healthcare, safe neighborhoods, affordable housing, criminal justice reform, equal voting rights, good jobs, livable wages, a healthy climate and solid infrastructure, should be our main concern. The elimination of the individual income tax will guarantee that these priorities are not met.

Kyra Roby, Esq. is a native of Madison, Miss. She is currently a policy analyst at One Voice Mississippi, which works toward achieving a progressive civic infrastructure in the American South by supporting local and state policy development through training and collaboration across issue areas and geography.
All Posts

With your help, we can do even more important stories like this one.
Support the MFP
PrevPreviousA Mississippi Reckoning: Film Shows Battle to Change State Flag About Identity Itself
NextWicker: States Should Emulate Mississippi, Ban License Suspensions for Unpaid FinesNext