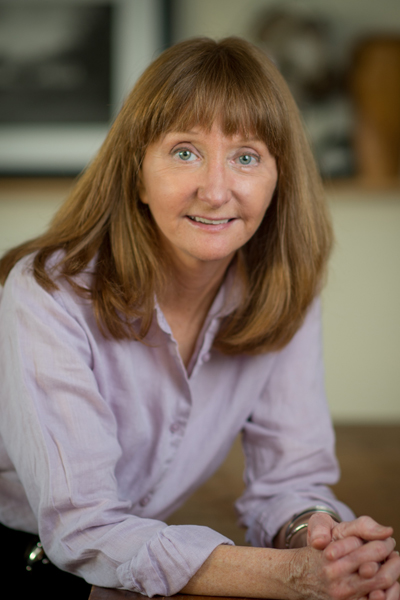 Discarding the Mississippi state flag of 1894 came in a fast final chapter last summer after decades of political impasse. It was the only remaining state flag in the U.S. featuring the Confederate emblem.

The police killing of George Floyd on May 25 started the ultimate event chain. At the June 6 Black Lives Matter protest in Jackson, dumping the flag topped the organizers’ agenda of the biggest downtown demonstration since the civil-rights era. A few days later, a remarkable who’s who of religious, college sports and business leaders pushed its scuttling. By June 28, the Mississippi Legislature did just that, with the governor signing the measure two days later.

Less than a month after the protest, the flag came down on July 1.

More Than a Lyric in ‘Dixie’

Before the June 2020 tipping point, changing the flag had been debated for decades, signifying

more than a rectangle of fabric for those involved. In “Look Away, Look Away,” filmmaker Patrick O’Connor captures this chapter of history by turning his lens on Mississippians who made the flag fight their fight. In five years of filming, he came to see the debate as about more than the flag. The story is about identity itself: “It’s about who you think you are,” O’Connor says.

His 90-minute film premiers at the Oxford Film Fest on Saturday, March 27, but it will be made available online for Mississippi residents only from April 1 through 7.

O’Connor’s own identity came into the project as well, of course. The Illinois native, who headed a marketing and communications firm in Evansville, Ind., moved to Pass Christian, Miss., in 2015 with his wife, the author Margaret McMullan. His previous film work has focused on access to health care, including his 2016 documentary “The Invisible Patients.” When the couple moved to Mississippi, the Charleston, S.C., church shootings had reignited debate over the Confederate emblem.

A Mississippi reckoning was due to boil over, too, O’Connor thought. He decided to document the people at the flag front line. “What happened here isn’t going to happen again. Mississippi was the last of the original Confederate states to have a rebel flag on its state flag,” he says.

His title “Look Away, Look Away” packs a deeper meaning than just a lyric in the “Dixie” anthem of the Confederacy. “Changing the Mississippi flag signals that more southerners are beginning to look away from their Confederate history and towards the future,” he says. Also, viewers could want to turn their gaze from the KKK-brand of white extremism captured in some angry film scenes with violence and guns.

O’Connor frames the film through the experiences and words of the activists on both sides of the debate. “To me it’s much more interesting to try to look at something from multiple perspectives,” he says. “I think it helps us understand the issue better if we can get to know people as people and understand why they feel so strongly about the flag one way or the other.”

‘Your Heritage Was Based on Money and Power’

The film tracks the last five years of the push to change the flag through activists like Sharon Brown, Lea Campbell, Genesis Be and Laurin Stennis. On the pro-Confederate heritage side, he tracks Sons of Confederate Veterans leader Greg Stewart, as well as George Johnson, armed and arrested at one of the spring 2017 protests over Confederate statue removal in New Orleans.

While the documentary neutrally follows people on both sides of the debate, with O’Connor not injecting himself between his subject and the film viewer, the filmmaker also erects historical guardrails in the film through inserting numerous text quotes from the secession and 1890 eras to counteract the rationale of pro-Confederate heritage proponents who separate slavery from commemorating Confederate ancestors.

Sharon Brown, director of A Flag for All Mississippians, soon follows to refute Stewart: “If you say you’re fighting for your heritage, well, your heritage was based on money and power, and the only way you could get money and power in the South was if you kept disenfranchised people enslaved. Plain and simple. I always knew what the Confederate emblem meant to us as African Americans.”

Hip-hop artist Genesis Be, a Black woman from the Gulf Coast whose family long fought race violence and to change the flag, called for mutual empathy at a Washington, D.C., flag rally captured in the film. “I respect honoring your ancestors. I honor mine. That’s where, I feel, where the clash happens because no one’s going to back down from that,” the performer says. “But I need you to acknowledge that the brutality that was carried out under that banner and once you can do that, hopefully a dialogue can begin. We can come to some sort of agreement because I’d rather have you as my neighbor than my enemy.”

The intentions of Confederate emblem supporters turn grimmer as the film continues. In Blue Springs, Miss., two days after Trump’s inauguration, a gathering on an overpass displays Confederate images while also waving a Trump banner to cars below. “We’re standing for southern pride,” one tells O’Connor.

Two elementary-age girls angle to be in the shot. One man says “Gotta wipe my nose” as he plucks sheets off a roll of toilet paper printed with Obama’s face.

In a voiceover at the 2017 New Orleans Lee Circle monument protest, O’Connor  acknowledges what’s on view. “On this day, it was impossible to separate Confederate symbols from racist beliefs,” he narrates.

George Johnson, one of the emblem-loyalists tracked in the film, admits that he’s armed. He’s arrested but later says “I was happy. I was proud of what I did” when O’Connor catches up with him. Johnson sees the symbol fight as fundamental: “They want to start coming after our identity. As southerners. They want to erase it. Why?”

The end of the story is surprising to no one who watched the news, of course. Ironically, the sudden 2020 about-face at the Mississippi Legislature was a surprise to O’Connor. Although he’d started the project believing the Mississippi flag vote would come to a head, he’d watched years of no Capitol action. By January 2020, he’d decided to bring his film to an end, with the point being the debate’s “unresolved ending.”

He plans to continue screenings on the festival circuit, seeking distribution.

While the story is fresh now, O’Connor hopes “Look Away, Look Away” captures people’s passions and words to illuminate the flag chapter when what’s news now becomes history. “I think it will be valuable for future generations to see how this change happened and understand why the fight was so fierce,” he says.

Editor’s Note: Both Ellen Ann Fentress, who wrote this story, and Genesis Be, featured in the documentary, are advisory board members of the Mississippi Free Press.

Ellen Ann Fentress, a lifelong Mississippian, is a journalist, filmmaker and teacher in Jackson and a member of the MFP advisory board. Her work has appeared in The New York Times, The Atlantic, Oxford American, The Bitter Southerner, The Baffler and on Mississippi Public Broadcasting. Her documentary film “Eyes on Mississippi,” on the civil-rights era experience of iconic journalist Bill Minor, has been screened across the country. In 2019, she launched The Academy Stories, an online forum (theacademystories.com); learn more at www.ellenannfentress.com.
All Posts

With your help, we can do even more important stories like this one.
Support the MFP
PrevPreviousSen. Hyde-Smith Falsely Claims Voting Rights Bill Will ‘Nullify’ Mississippi Voter ID Law
NextEliminating the Income Tax Would Harm Mississippi’s Working Families, Widen InequitiesNext