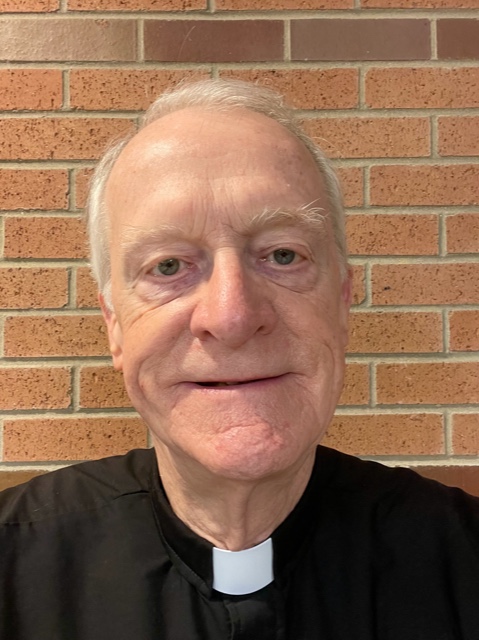 In the fall of 1967, as a young Catholic college student from Iowa, I came to Greenwood, Miss. to spend the fall working with Fr. Nathaniel Machesky OFM, who was the pastor of St. Francis Catholic Church in Greenwood. I was drawn to Fr. Nathaniel and his work because of his involvement in the Civil Rights Movement and his ministry among the poor.

During that fall, I met several other priests in the Catholic Diocese of Jackson who were also deeply committed to the cause of equal rights and justice. Because of that life-changing experience, I made the decision to complete my undergraduate studies and attend graduate school at Notre Dame Seminary in New Orleans as a candidate for the priesthood in the Diocese of Jackson.

I was ordained a priest in 1973 and have spent my entire ministry in the state that I fell in love with in 1967. For 19 of my 47 years of ministry, I have been deeply involved in the work of Catholic Charities of the Diocese of Jackson, 16 of which I served as director.  I have also served several parishes and administrative positions in the Diocese.

I quickly realized that Catholics are only 2.5% of the general population. As a small minority, we may have little impact by ourselves. However, as I learned from Fr. Nathaniel and others, though Catholics are small in numbers we can have a large impact on the state through collaboration with people of other faiths and beliefs. Together, we can all make this beautiful state a better place. Apart, however, we can do little.

‘Catholic Day at the Capitol’

An example of how this kind of partnership between Catholics and other Mississippians can bring positive change to the state is happening right now. Last year, the Faith in Action Team of the Catholic Diocese of Jackson, or FIAT, held an event called “Catholic Day at the Capitol.” We invited others to join us, including leaders from Working Together Jackson and Working Together Mississippi. Working Together Mississippi is an emerging statewide effort composed of a vast array of Christian denominations, Muslims and Jews. We were also joined by leaders from the Mississippi Hospital Association. Together, we began exploring how we could address the problem of access to affordable health care in the state.

Working Together Mississippi along with the Catholic Faith in Action Team has begun a statewide campaign of public education that is building a constituency for health-care access reform.  As a part of this campaign, more than 300 clergy from a wide array of Christian denominations, Jews and Muslims have signed a letter of support calling for the immediate increase of health-care access through use of the Affordable Care Acts Medicaid expansion funds. Last week, this one-page letter with its 13 pages of signatures was hand-delivered to the governor, lieutenant governor, House speaker and every member of the Legislature.

A Windfall of Revenue the State Needs

With the recent enactment of the American Rescue Act, action to increase healthcare access in this state through the expansion of Medicaid has become more urgent. If we expand Medicaid now, over the next two years the State of Mississippi will receive somewhere in the range of $690 million to $890 million in a one-time payment to expand Medicaid. This would be a windfall in revenue that the State can use in any way it wishes.

If the State takes our hospitals up on their plan to tax themselves and charge a modest monthly premium for the 200,000-plus potential participants in expansion, the State will generate an additional $200 million a year in new revenue. This would mean that if we expand Medicaid now, the State would receive new revenue in the range of $1.1 billion to $1.3 billion.

The result is that the annual cost of $660 million in uncompensated care provided by our hospitals will be cut by 40% to 50%. This will help move to financial solvency 22 of our state hospitals that are now on the verge of bankruptcy. For the sake of our hospitals and the communities they serve, we cannot afford to continue to not act.

Expansion would produce 19,000 new jobs. This is more jobs than any recent tax incentive inducement of new manufacturing has produced. However, in this case the federal government is offering us almost $1 billion to invest in our state. It makes no sense to not take these funds and invest in healthcare coverage for our residents, invest in our hospitals and invest in jobs in our communities.

When I first came to Mississippi 54 years ago, I learned from Mississippians that a small group of leaders can band together and change their communities. I am learning again that we, the small group of Catholics of the Faith in Action Team, have engaged hundreds of leaders through Working Together Mississippi, and we are building the constituency that is acting to seize the moment and invest in the health of our people, our healthcare system, our economy and our state.

Msgr. Elvin Sunds grew up in Des Moines, Iowa but has claimed Mississippi as home for the last 54 years. He received his bachelor’s degree from St. Joseph College in St. Benedict, LA, Master of Divinity degree from Notre Dame Seminary in New Orleans, and a Master of Social Work degree from Catholic University of American in Washington, D.C. Msgr. Sunds was ordained a priest for the Catholic Diocese of Jackson in 1973 and over the years has served several parishes in the Jackson area as well as Meridian and Biloxi. He also served as Associate Director of Catholic Charities for three years and Executive Director for sixteen years. He served as Vicar General for the Diocese of Jackson for ten years. In June of 2019 he retired from full-time ministry. He continues part-time ministry at St. Francis of Assisi Church in Madison, MS and does volunteer work for the Catholic Diocese of Jackson. Msgr. Sunds has served on a number of boards, including St. Dominic Health Services, Catholic Charities, the Catholic Foundation, several housing corporations and community boards.
All Posts

With your help, we can do even more important stories like this one.
Support the MFP
PrevPreviousMSDH Detects First Case of South African B1351 Variant In Mississippi
NextEditor’s Note: Reporting for A More Equitable, Loving, Accepting State for All MississippiansNext